Thumbnail Blaster Review 2020: Beware Before You Signup!! (Discount Inside!) 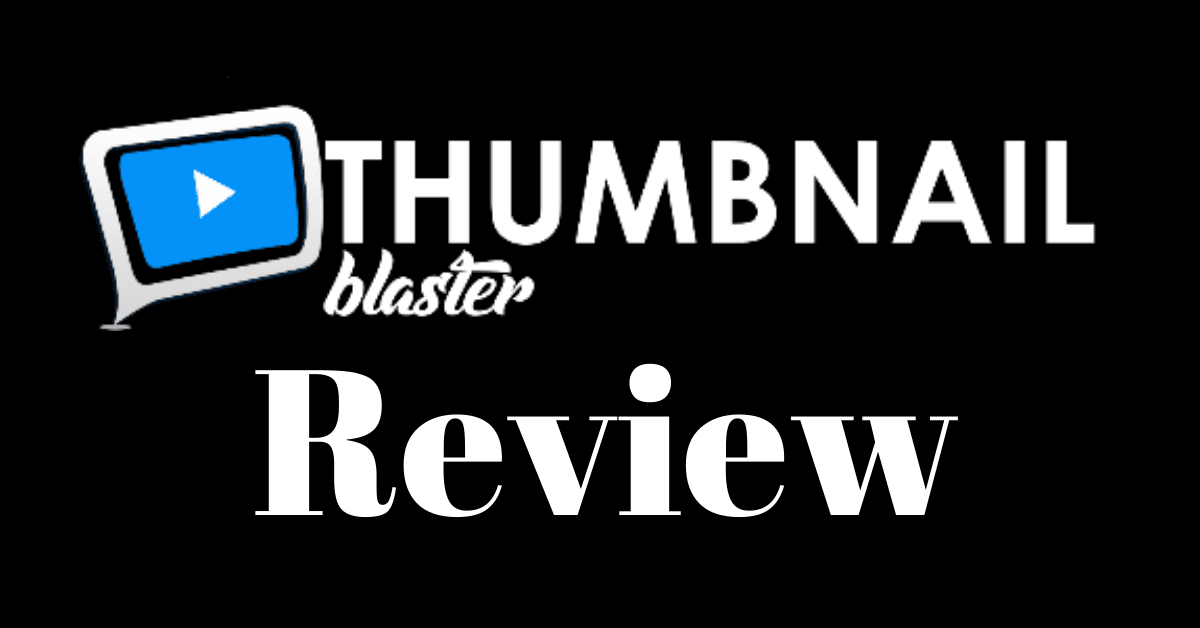 I promised useful tools galore, so here’s another one for your arsenal. In this Thumbnail Blaster review, we’ll be taking a look at thumbnails and how to make amazing ones.

We often say that something “caught our eye” but nobody ever explains how that works. In this review, I’ll talk about attention and how to positively grab it with good thumbnails.

If you’re new here on my website, I NEVER actually review an app or tool, unless I see what it’s like for myself. Then based off that, i’ll summarise what I discovered for you.

Thumbnail Blaster (TB) Pro is no exception to that rule 🙂

If you would like to learn more about Thumbnail Blaster, or get a special discount, I’ll leave a link below:

So without further ado, let’s begin our Thumbnail Blaster review together!

On the internet, attention is everything, but attention spans have been steadily tapering. The audience is increasingly growing impatient and uses the least amount of effort to judge your content.

Thanks to Thumbnail Blaster, there’s no need for graphic design skills to quickly put out proven thumbnails that generate clicks for you.

So how does this new tool work anyway? Better yet, why does it work?

Read my Thumbnail Blaster review and find out!

So in a nutshell, Thumbnail blaster claim that you can create attention grabbing thumbnails, with only 3 clicks.

Here is what Thumbnail Blaster can do for you:

While Thumbnail Blaster Pro (OTO 1) also allows you to:

So both Standard and Pro versions help you create, and refine visual cues that can attract maximum attention for your content.

Want more traffic? You’ve got to get involved in the thumbnail game (the secret is in the click).

What Is Thumbnail Blaster? (TB)

Thumbnail Blaster is a cloud-based thumbnail creator. This means there’s no installation; everything is hosted online.

With the Pro version, you can manage multiple accounts, including those on Youtube, Instagram and many more.

Keep reading my Thumbnail Blaster Pro review to find out what else is in there!

Like mentioned above, Thumbnail blaster has a powerful “pro version” upgrade, which gives you access to even MORE features!

You can learn more about the extra features in full detail below.

What you do is create two thumbnails and the app will swap them around, tracking the traffic. In the end, you get to see which one converts more.

Thumbnail Blaster is quite a popular tool for creating Youtube thumbnails, but it also works amazingly well with Vimeo.

The thumbnails are standalone files that you can download, edit as you please, and upload them to any social media platform you desire.

You know how there’s a smartphone? There’s also a smart computer, that can analyse your images in exceptional detail for you.

This Thumbnail Blaster Pro feature connects you to that smart computer.

It’s like another pair of eyes on your thumbnails and videos, giving you smart recommendations in real time.

When you buy the Pro version, you can use the tool to provide your services to others.

Apply filters on your image, such as changing hue and brightness.

You can even blur or pixelate the image.

If your image has a green screen effect or a quirky background, this feature will let you easily remove it.

If you encounter any snags, get in touch with the Thumbnail Blaster Pro (TBP) creators, and they will help you out.

Check out the link below to see if the special discount for Thumbnail Blaster is still available for you.

You can also get one or more of these optional purchases:

You need to purchase the Standard version before buying the Pro version upgrade.

Additional one-time offers for the Pro version are:

There is a 60-day money back guarantee for both Standard and Pro versions and any optional purchases.

Now that you’ve seen what you get from Thumbnail Blaster, it’s time to discuss how it works and why. I promised you as much at the start of this review.

One Danish usability expert by the name of Jakob Nielsen has done extensive research on attention.

He would hire volunteers from all walks of life to sit in front of a monitor and use the internet.

Some he would ask to watch a video and others to go and buy something off of Amazon. What’s the catch?

Jakob would put an eye-tracking camera on top of the monitor and try to figure out what they were looking at and why.

What Jakob and his team discovered is that internet users behave like predators in the jungle, hunting for what’s known as “information scent”.

Internet users try to sniff out, as it were, what they’ll find if they click a link or go to a page.

If the information scent seems strong enough, they will go there without hesitation. If the scent feels wrong, they’ll avoid it like the plague.

Research by psychologists showed that faces give off an unusually strong information scent. Also, it was shown that users often ignore banner ads and anything box-shaped resembling a banner.

Jakob’s research lines up with these findings. He also discovered internet users easily get bored of a talking head type video.

If you now browse the most popular Youtube videos, you’ll likely see some other attention grabbers.

Ever noticed how many Youtube video thumbnails contain red arrows and red circles? How about those with content creators who make faces and point with their fingers?

All of those are also major ways to attract and focus attention. They might not be backed by studies but they work in practice.

However, it is possible to abuse these tools and consistently provide your audience with very strong but misleading information scents.

This is called clickbait.

Content that is on the surface designed to extract as many clicks from internet users is called clickbait. It abuses the trust and curiosity of internet users, leaving them bitter and frustrated.

Worse yet, they don’t get what they expected to find, so they wasted their time as well!

The thumbnail promised them something amazing, funny or scary but the content was anything but. Ultimately, these internet users get disappointed with that content creator and move on.

Though clickbait can work in the short run, in the long run it can alienate the audience.

Be aware that using misleading and sensational thumbnails can lead to success but it will most often be fleeting.

I mentioned that this tool (Thumbnail Blaster) uses a cloud-based smart computer. What’s that about?

Perhaps the most exciting advance in computer science in the past 20 years is artificial intelligence. It means building a smart computer that can learn and make choices instead of waiting for human input.

So, this kind of computer can be shown tens of thousands of photos of cats and learn to recognize a cat in any new photo.

For now, artificial intelligence is in its toddler stages but it can still serve as an extra pair of eyes.

Researchers hope AI will one day be powerful enough to automate tedious tasks. We too can hope this will include making thumbnails for Youtube videos!

Until then, it will serve to answer our questions and do our bidding in the form of Siri, Alexa and Google Assistant.

The breakthroughs in AI are all possible thanks to machine learning. This means the smart computer has many tiny circuits inside itself that can vote on things.

When shown a picture of the cat, the tiny circuits vote on what it might be. The human researcher then gives the correct answer and prunes the circuits that answered wrong.

Over time and with enough patience, this smart computer can be taught to recognize objects and respond to them accordingly.

The same principles of machine learning and AI are used in Tesla cars’ autopilots.

Tips To Make A Good Thumbnail

If you feature in the video, do a couple poses or interesting facial expressions near the end of it. Point your finger to somewhere off camera.

Screenshot these moments and pick the most interesting one for your thumbnail. You can cut out that part of the video before uploading it.

Boost the saturation of your thumbnail about 10-20% and lower the blurriness by 10-20%. This will make the colors pop out more and help mobile users notice the thumbnail.

Putting contrasting colors together makes them more noticeable. You can use W3Schools’ Color Picker to figure out the exact shade that suits your thumbnail.

Play around with angles of elements in your thumbnails. Not everything needs to be lined up perfectly and it actually helps attract attention if the symmetry is a bit off.

Be aware how the website you’re uploading to shows thumbnails and if it hides a part of it.

For example, Youtube shows the “Watch Later” button in the top right corner of the thumbnail, so try not to put anything critical there.

Thumbnails are the #1 factor that influences the view rate of videos.

If you don’t bother making one, websites like Youtube will choose a snapshot from a point in your video.

Those content creators who like doing daily vlogs already know what this means—hundreds of thumbnails of your face. That’s the easiest solution but ultimately you lose out on thumbnail traffic.

Just improving the thumbnail can triple the traffic the video gets. The thumbnail alone won’t be enough but it goes a long way towards drawing in the audience, old and new.

Making a brand new thumbnail that’s clean and fresh would take a lot of designing skills. You could either learn graphic design or hire a graphic designer.

In an ideal world, you’d have a whole team helping you churn out great videos. In the real world, more often than not, you’re on your own.

That’s why there’s Thumbnail Blaster Pro, to help you grow your viewership with absolute ease.

Like with anything, I would highly recommend trying out the app, because you’ll get a first hand feel for what it’s like personally.

You spare time and nerves, focusing on making good content instead of fiddling with graphic design tools. I can tell you from personal experience, it’s much easier than doing all the hard work, and wasting hours trying to do all the tedious heavy lifting yourself.

In my opinion, Thumbnail Blaster is an excellent tool that shows a lot of potential. If you plan on becoming a professional video maker for Youtube and other social media, this is definitely a must-have.

That was my Thumbnail Blaster Pro review. Hope you liked it and learned something new! 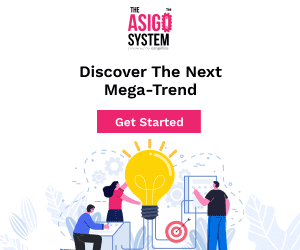